Back to the Bogs 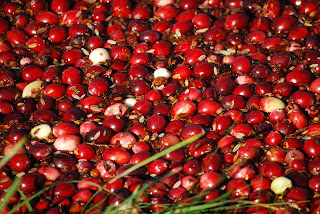 Since the weather was again beautiful, I headed back down to Carver this morning and found another bog being worked. Here's the type of machine that I mentioned yesterday which is used to churn the berries off of the plants. It was just completing this area. 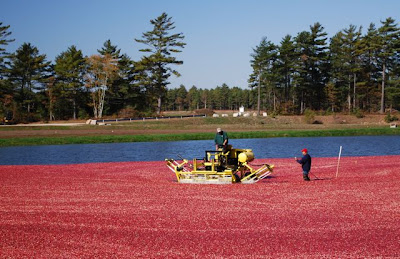 Once the berries were floating on the surface, the men began corralling the berries. 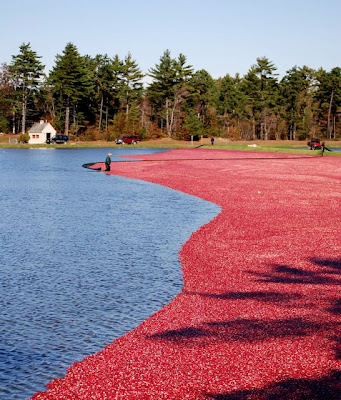 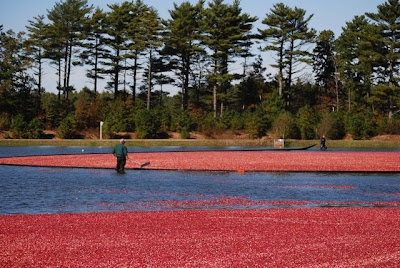 On the way home, I stopped at the Lobster Hut for lunch. While my friend and I were eating, I saw people gathering on the dock. Thinking they might be watching a seal, I grabbed my camera and headed outside. To my amazement, a small whale was swimming near the boats in the harbor. 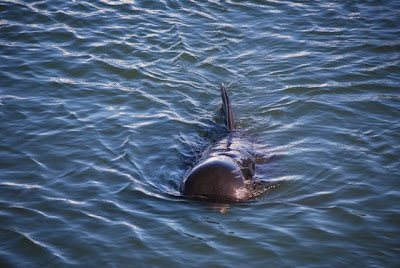 While it was remarkable to see, I was concerned that the whale was far too close to the shore.  Later today, a spokesperson from the New England Aquarium said on TV that this was a young pilot whale which had become separated from its pod. He went on to indicate that this whale should not even have been in these cold waters. He also said that by law, they were not allowed to intervene. Unfortunately, the prognosis for this creature is not good.
Posted by Janice Smith at 8:54 PM